This last weekend we had two weddings, Kira shot Jessica and Kevin at the Sawyer House and we were both back together for Whitney and Kyle at the Cascade Gardens. Both these weddings were at beautiful venues with beautiful couples. We had a chance to play with a couple of new toys and we would like to share our reviews of them to you.

We have had our eye on this lens for some time since it has quite a reputation for image quality. Given our gradual migration towards prime lenses, (this purchase coincided with the sale of our 24-70mm zoom lens) it wasn’t a question of if we would buy it, but when. Our initial observation is, this lens rocks!

Obviously, this lens is perfect for portraits. With its 1.2 minimum aperture and long focal length it produces sharp images with beautiful background bokeh. We were pleased to find it also useful outside of portraits, cake pictures, etc. Though not fast by relative measures, its autofocus system is sufficient for ceremonies, dancing, etc.

The build quality is superb and it’s clear Canon used their best components for this lens. We recently purchased the 100mm Macro which feels cheap and plastically in comparison to the 85. This build quality comes at a price as the 85mm is quite hefty. No bother, we’re just glad our investment looks and feels as though it were built to last.

The bottom line: The 85 is hands down the best portrait lens under 6K 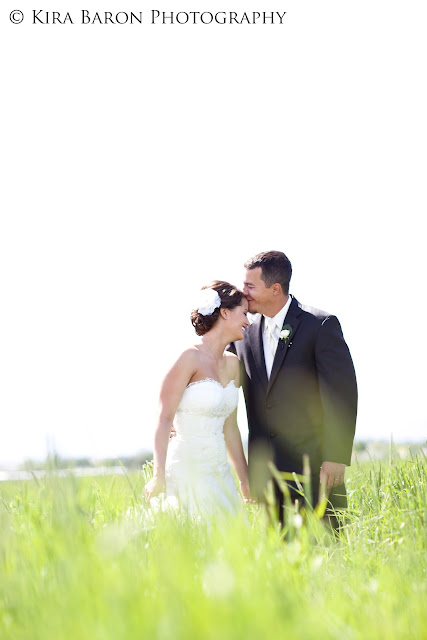 At Kyle and Whitney’s wedding we had a chance to play with our big reflector. It pretty well replaced flash for the bride and groom shoot as well as the bridal party pictures. The reflector has two sides, a white side and a silver side. The silver side is intense, to say the least. Kira described it as like standing in a microwave. Needless to say we didn’t use that side. The white side on the other hand produced a nice, soft and even light without blinding our subjects.

The best thing about using a reflector instead of flash is that with the reflector you don’t have sync speed limitations. This is particularly useful when shooting in direct sunlight. We can use flash to fill in shadows but are limited to 1/200th of a second exposure and that means in most cases we get f/10 or f/11. At those apertures there’s little or no depth of field. With the reflector we can shoot at whatever shutter speed suits us. There is also the added benefit of not having to worry about recycle times like you would with flash, which is handy for any action/movement scenes where you might be taking several exposures in a short time period.

The reflector also got in work as a giant gobo as we used it to block out sun spots that were falling on our subjects. In the picture below you can see how this worked. 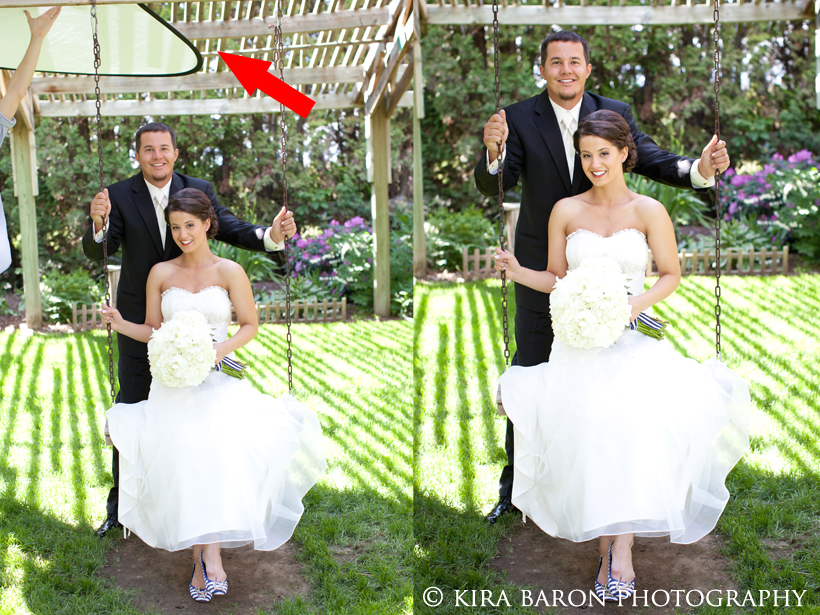 This particular Westcott reflector is sort of flimsy and vulnerable to anything more robust than a light breeze. In windy conditions is when it would probably be mostly useless. When the conditions are right, however, it does its job rather well.

Get To Know Us